Stuttgart. A tram, brightly painted in a pop-art flower design, trundles along the open-air entertainment district of Odysseum. The so-called “Ecusson” – one of Europe’s largest shopping areas – is within walking distance. However, Montpellier’s popular tourist attractions are of little interest to Porsche works driver Frédéric Makowiecki when he steps outside his new apartment in the centre of the southern French city. The 39-year-old Frenchman with his distinctive broad grin, which very much resembles that of his legendary compatriot Fernandel (“Don Camillo and Peppone”), has other priorities. “We enjoy over 300 days of sunshine annually, so we prefer to go to the beach,” laughs the wiry 1.76-metre-tall man as he strokes the dark-blonde curls of his son’s head.

Makowiecki, known in the world of racing as Fred Mako, is a solo parent. “That’s the deal I made with my ex-wife when we divorced in 2015. When I return home from a race, my son comes to live with me,” he explains. Eight-year-old Dorjee is his pride and joy. In his race-free time, Makowiecki gives his son his undivided attention. “I can’t actually describable how much my son means to me. He is the centre of my life, my friend, my anchor and also, in a way, a sounding board,” says the winner of the 2018 Nürburgring 24-hour race. “When I return from a race, I love sharing the joy of my successes with my son. We really celebrate. If things didn’t go quite so well, he makes me laugh with his lightheartedness and the negative experiences quickly dissolve into the background. We then do a few father-and-son things and then everything is fine.”

In such moments, the small Makowiecki family pull out the remote-controlled cars, bike to the beach or play Mario Kart on Playstation in Dorjee’s brightly decorated bedroom. The name of the game is fun, and father and son enjoy being together and sharing adventures. The two have lived together in Montpellier since 2015 and they moved to their new apartment early this year. However, their situation is about to change again: “My partner Karli lives in the USA. The plan is that she’ll relocate to Montpellier. However, the coronavirus pandemic has prevented us from taking this step. We’re preparing everything, but we don’t want to be in a rush,” explains the seasoned racing driver. Makowiecki is eager to offer his son a stable family environment.

“I grew up in Arras in northern France in a large extended family. I have just one sister, but there are countless uncles, aunties, cousins and so on,” he says and adds with a laugh: “My mother has nine siblings, my father has seven. When we all come together, there’re more than 100 people!” Curiously, not one of them is as interested in motor racing as the 1980-born Porsche works driver. “I’ve taken on a pioneering role, so to speak, and I hope that my activities will start a motor racing tradition within the family. I reckon some of my family members share my fascination for racing. And if they don’t, then it is high time they did,” jokes Makowiecki. After years of success in karting and podium results in the French Formula 3 championship, the talented youngster switched to GT racing in 2001. Within ten years, the aspiring racing driver netted many victories. In 2010, he took home the coveted title in the Porsche Carrera Cup France.

“I was right in the middle of the Porsche family, but perhaps I wasn’t determined or hardnosed enough. At the time, I didn’t dare ask if I had a chance to become a works driver,” recalls the avid cyclist. “Strangely enough, it wasn’t until my parents divorced that I began to reflect. The situation was unpleasant for the family but good for my career.” Makowiecki’s warrior heart awakens. He begins to carve out his fortune. “Until then, I hadn’t understood how motorsport mechanisms work. That was also because nobody in my family had connections in the scene. In retrospect, I think I wasn’t in a position to open the door completely. My parents’ separation changed that. It made me take full responsibility for myself and I took control of my career. It worked: Suddenly I received contracts from two manufacturers, Honda and Aston Martin. That was wonderful but I’d actually always regarded myself as a Porsche man.”

For the 2014 season, the “prodigal son” finally returned to his motor racing roots. Makowiecki signed a works contact with the Stuttgart sports car manufacturer. He tackled the World Endurance Championship with the Porsche 911 RSR and later the North American IMSA Championship. The Frenchman is also responsible for some special moments in major GT3 events at the wheel of the Porsche 911 GT3 R – for instance, when he won the 24-hour race at the rainy Nürburgring-Nordschleife in 2018. Many fans remember another memorable duel that same year: Porsche versus Ford, Frenchman versus Frenchman, Makowiecki versus Sebastién Bourdais on home turf at Le Mans. “People still ask about it,” he smiles. Over many laps, the two protagonists fought wheel-to-wheel for second place in the GTE class. It was a duel at the absolute limit. “That’s precisely what I love about motor racing,” says Fred Mako. “If the fight is really good, then sometimes I’m happier with second place than a win. I always have the highest respect for the competition. I like it when it’s hard and fair. It’s just a shame that Sebastién refused to shake my hand after our fantastic fight. That was completely unnecessary and inappropriate.”

In such moments, the otherwise extremely talkative Frenchman prefers to withdraw. Door closed, headphones on, time alone. “For me, music is not just entertainment,” he explains. “Music gives me balance in all situations. I’m not at all fixated on one genre, I listen to what I need at any given moment. If I’m angry or disappointed, I’ll listen to quieter, more melodic sounds to help me calm down. If I have to hype myself up before getting in the car for a race, I usually choose beats with heavier bass. That gives me energy – almost as much as the ventures with my son.” 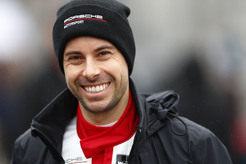 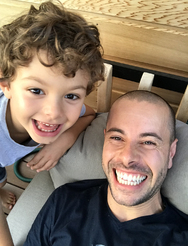 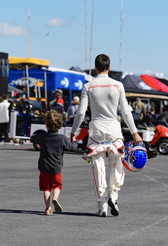 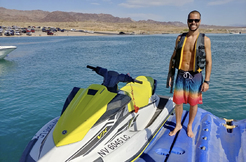 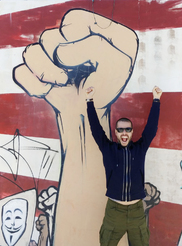 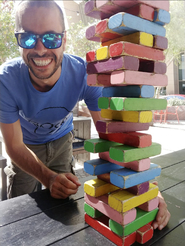 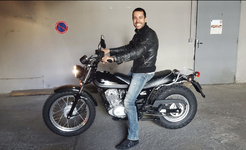 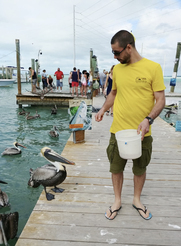 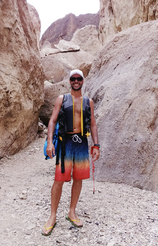 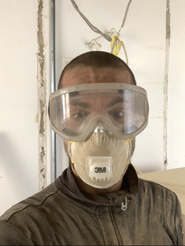 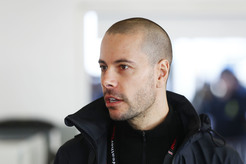 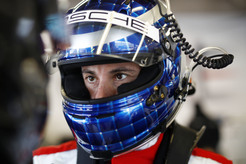