Stuttgart. Porsche aims to conclude the debut season of the new Porsche 911 RSR with a win. At the eight-hour race in Bahrain, which marks the final round of the 2019/2020 FIA WEC season, the factory squad will again field two ca. 515 hp vehicles in the GTE-Pro class. In the GTE-Am class, three customer squads campaign a total of five Porsche 911 RSR in last year’s spec. The race on the Formula 1 circuit in Sakhir is the second Bahrain event this season. At the first outing in December 2019, Porsche locked out the first grid row with its two vehicles, led the field, but ultimately was unable to reap the rewards of their good work at the finish line.

The race
The Bahrain International Circuit has hosted the Formula 1 Grand Prix regularly since 2004. The FIA WEC was first contested on the 5.412-kilometre circuit close to the capital Manama in its 2012 inaugural season. The only time the endurance race was not held in Sakhir was in the 2018/2019 Super Season. High daytime temperatures, falling temperatures at dusk and sand at times covering the asphalt make the race a big challenge for teams, engineers and drivers. Tyre wear is a major factor on the Grand Prix circuit with its 15 turns. A consistent pace over a full stint is regarded as the key to success.

The Porsche drivers
Sharing the cockpit of the No. 91 Porsche 911 RSR are works drivers Gianmaria Bruni from Italy and Richard Lietz from Austria. The pair won the season-opening round at Silverstone and head to the final round of the year ranking fifth in the drivers’ classification. Sharing driving duties in the No. 92 sister car are the Spa winners Kévin Estre and Michael Christensen. The reigning GTE champions from France and Denmark occupy fourth place before the final race of the 2019/2020 season. In the manufacturer’s classification, Porsche ranks second. At the eight-hour race on the Formula 1 circuit in the desert of Bahrain, competitors can earn more points than in a conventional six-hour WEC race: As the distribution of points is multiplied by a factor of 1.5 and rounded up, victory yields 38 points instead of the usual 25.

Intensified partnership
Porsche Motorsport has expanded its partnership with TAG Heuer to include factory campaigns in the FIA WEC. The intensive collaboration with the Swiss manufacturer of luxury watches began in 2019 at the start of the sixth FIA Formula E season with the inauguration of the TAG Heuer Porsche Formula E Team. This partnership was expanded over the last few months to include the national Carrera Cups, the works programme in the IMSA series and the e-sports arena.

The Porsche customer teams
In the GTE-Am class, three customer squads field a total of five of last year’s spec Porsche 911 RSR for the last time before switching to the latest model for the upcoming season. Crewing the No. 57 car campaigned by Project 1 is the American Ben Keating, Felipe Fraga from Brazil and Jeroen Bleekemolen from the Netherlands. In 2019, the trio won the GTE-Am category in Bahrain. Sharing the cockpit of the No. 56 sister car is Norway’s Egidio Perfetti, the recently crowned Porsche Supercup champion Larry ten Voorde from the Netherlands and Porsche brand ambassador Jörg Bergmeister from Germany.

The crew in Gulf Racing’s No. 86 entry consists of the two British racing drivers Michael Wainwright and Ben Barker and the new ELMS champion Alessio Picariello from Belgium. Dennis Olsen competes for Dempsey-Proton Racing in the No. 77 car. The Norwegian joins forces with team owner Christian Ried from Germany and Riccardo Pera from Italy. Khaled Al Qubaisi from the United Arab Emirates and Germany’s Marco Holzer share driving duties in the team’s No. 88 sister car with Porsche Junior Jaxon Evans, who will compete in the WEC for the very first time.

TV coverage and live streaming of the event
The final round of the 2019/2020 FIA WEC season will be televised in full length on www.sport1.de. On the pay-TV station Sport 1+, the race is aired live from start to finish. Eurosport covers the final phase from Sakhir. Motorsport.tv also offers a live stream, as does the official FIA WEC app, which also offers comprehensive live timing.

Comments before the race
Fritz Enzinger (Vice President Motorsport): “It’ll be a very special race weekend for Porsche Motorsport. In the North American IMSA series, our works team tackles the GTLM class at the 12 Hours of Sebring for the last time. In Bahrain, we want to shine at the final race of the FIA WEC season and at the same time secure the title at the last race of the GT World Challenge Europe in Le Castellet, France, with our customer team Dinamic Motorsport. Everyone involved will again do their utmost to reap maximum success at all three venues. I’m confident that our teams and drivers will once again deliver strong performances and be rewarded for their tremendous hard work at the end of the season.”

Pascal Zurlinden (Director Factory Motorsport): “The first season with the new Porsche 911 RSR draws to a close with the eight-hour race in Bahrain. We won the first round in Silverstone and did it again mid-season at Spa-Francorchamps. A win at Sakhir would round off the season perfectly. Our car performed very well at the previous race on Bahrain’s Formula 1 circuit, but unfortunately, that wasn’t reflected in the race result. That should change next weekend. Our engineers, the mechanic crews and all drivers have prepared meticulously for the final round. We’re ready and want to go into the winter break with a positive result.”

Alexander Stehlig (Head of Operations FIA WEC): “Our Porsche 911 RSR suits the special characteristics of the track in Sakhir. We clearly underlined this last December with positions one and two in qualifying. We’re preparing meticulously for the last race of the season so that we can conclude our campaign with a win. We also tested in Vallelunga to gain additional insights that will help us in Bahrain. I feel confident that we’ll finish the year with a success. The team will once again pull out all stops – then we’ll head into the well-deserved winter break.”

Gianmaria Bruni (Porsche 911 RSR #91): “The WEC season began for us in September 2019 with a win at the debut race of the new 911 RSR at Silverstone. We’d like to wrap up the season by repeating this feat in Bahrain. This is our second time here this season, after competing in Sakhir last December. At the first outing we locked out the front grid row with our two cars, but we couldn’t maintain the fast pace over the entire race distance. Since then, we’ve gained a lot more experience with the cars, and I’m sure we have good chances.”

Richard Lietz (Porsche 911 RSR #91): “Our Porsche 911 RSR is a real top car in the GTE-Pro class. If everyone in the team does strategically clever work, if the squad does quick pit stops and we drivers do a flawless job, then nothing stands in the way of success. It’d be great to end the season with another victory.”

Kévin Estre (Porsche 911 RSR #92): “I really like the Bahrain circuit. We were fast there last year in December but unfortunately, we weren’t able to win. We’re determined to change that now. After the somewhat negative results at Le Mans, it’s good to get another chance this season to finish on a high note. The winter break would be much more enjoyable with a win under our belt. We’ll do everything to be at the forefront in the eight-hour race.”

Michael Christensen (Porsche 911 RSR #92): “I’m totally convinced that we’ll be as competitive in the coming race as we were in Bahrain last December. The foundations are laid for success at the end of the season. If we can just make it through the eight hours unscathed, there is a high chance we’ll be successful. Unfortunately, we didn’t earn enough points at Le Mans, so we’re out of contention to defend the title. Still, that makes it all the more important to conclude the year with a highlight.” 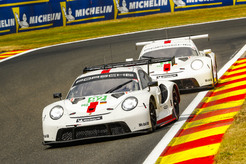 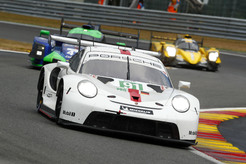 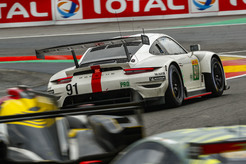 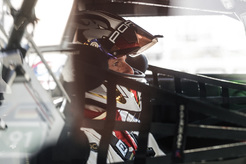 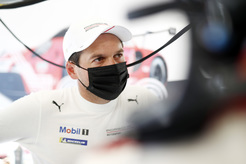 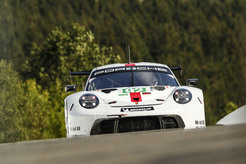 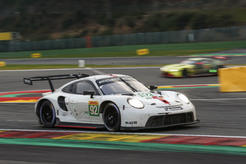 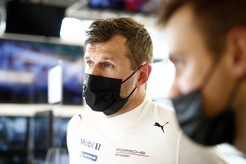 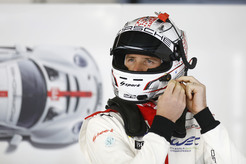 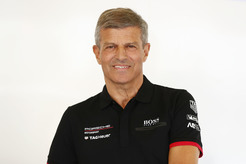 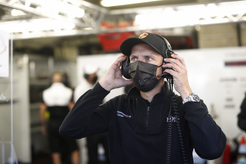 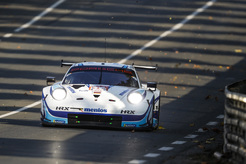 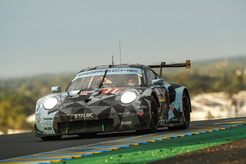 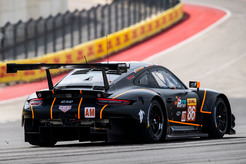 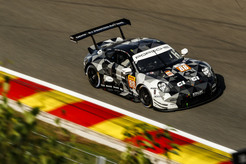