Stuttgart. After five of the 24 hours of Le Mans the Porsche Team is lying third and sixth with the two Porsche 919 Hybrids.

In the late afternoon and early evening both prototypes caught up to the competition with Timo Bernhard and Neel Jani still at the wheel of their cars. The improvements were thanks to good pit stop strategies and great efforts from the drivers in difficult conditions. At the restart after the first safety car period both cars had to survive for about two laps on rain tyres on a drying track before the next shower came. Further accidents required a second safety car period. After this, shortly before 18:00, Timo Bernhard took the lead.

At 18:17 Timo handed over the number 20 leading car to Brendon Hartley. Meanwhile track conditions allowed for slick tyres. Neel Jani had improved from the back of the pack to 15th. At 18:20 he jumped out oft he car and Marc Lieb took over. Later both Brendon and Neel later came in for regular stops for refueling. Brendon, however, also came in for an unscheduled pit stop at 19:33, when he realised he had a slow puncture. He dropped back to third. Marc had improved to sixth when he brought car number 14 in for refueling again shortly before 20:00.

Timo Bernhard (Germany): “In the opening phase the car felt quite tricky to drive, but that improved after a few laps. We were really fast in the rain and employed the right strategy. My experience from several years at Le Mans helped me a lot during this stage of the race, but it was still extremely difficult. We had all kinds of conditions that you could imagine out there, from zero vision to a completely dry track, and everything in between. All this within a single lap. That was absolutely crazy, and I have never experienced anything like it. Only on the Nürburgring Nordschleife have I ever seen similar conditions, if at all. All in all it was a really good stint. To put a Porsche in front of this race for the first time after the company’s comeback was definitely a great moment. Now we have to make sure we keep doing a zero-error job.”

Neel Jani (Switzerland): “It was extremely difficult out on the track. At the start we had a little fight against a Toyota and an Audi. Then I settled into fourth. Especially in the last sector, they were a lot faster than me, so I really had to fight. And then came this silly failure with the fuel system with a part that would have cost a penny! That was a real shame. The guys were able to fix it quite quickly. During the rain our only aim was to keep the car on the track. We will keep on pushing, then we might still get our break to get closer to the front.”

Please note: Photo and video material of the Le Mans 24 Hours and the Sports Car World Endurance Championship WEC are available for accredited journalists from the Porsche Press Database under the internet address https://presse.porsche.de. On this website you can also activate the Porsche Motorsport SMS Info Service to receive the latest news and information. The Twitter channel @PorscheRaces provides live updates with the latest information, photos and videos from race tracks around the world. Journalists also have access to the 2014 Porsche Motorsport Media Guide on https://presse.porsche.de/motorsport. More content is available under www.newsroom.porsche.com, the new service of Porsche Communication for journalists, bloggers and online-multipliers.
GO
Communications, Sustainability and Politics
Motorsport Communications
Holger Eckhardt
Phone: +49 (0) 711 / 911 24959
E-mail: holger.eckhardt@porsche.de
Text 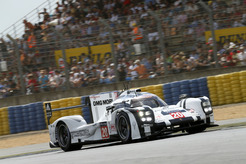 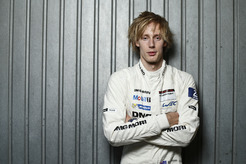 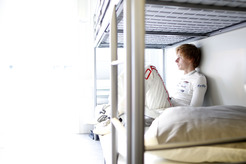 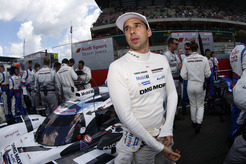 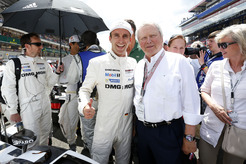