Great Britain. The parkland of Goodwood House, West Sussex, will next week see Porsche celebrate its achievements on road and track with a star-studded participation in the annual Festival of Speed from 23 – 26 June.

Starting in 2023, Porsche wants to hunt for overall victories in the long-distance Le Mans, Daytona, and Sebring races with an all-new hybrid race car. This car and the new Porsche Penske Motorsport team will make their first public appearance at Goodwood, ahead of its debut in the FIA World Endurance Championship (WEC) and the North American IMSA WeatherTech SportsCar Championship next season.

Further highlights will include the UK dynamic debut of the all-electric 718 Cayman GT4 ePerformance and new 911 Sport Classic.

The theme of this year’s annual celebration of motorsport and car culture is ‘The Innovators – Masterminds of Motorsport.’ Over the four days, the latest examples of road-going sports cars and historic racers will be on show and demonstrated up the famous 1.16 mile Goodwood Hillclimb course. From the Porsche perspective, the sports car manufacturer’s newest stars from both street and circuit will be playing a starring role. In addition, motor sport personalities from the past and present will in many cases be behind the wheel, underlining the family spirit that still imbues Porsche to this day.

The Porsche Museum has gathered together a fascinating line-up of cars from its collection in Stuttgart which this year will take visitors on a journey through the highlights of innovation over the decades.

1962 804 – in July 1962, Dan Gurney won the French GP in this car. Weighing 461 kg, this characteristically lightweight single-seater with a 185 hp flat-eight engine featured disc brakes and a parallelogram suspension design. It is the only Grand Prix race car developed and built entirely by Porsche. This will be on static display.

1982 Porsche 956 – between 1982 and 1994, Porsche sports cars of the Type 956/962 won Le Mans seven times and became synonymous with endurance motorsport success around the world. The first racing Porsche with a ground-effect aerodynamic design, diffusers generate low pressure under the car which suck the 956 to the track surface at high speed. This technology was new for sports prototypes at the time, and increased cornering speeds considerably, giving Porsche a decisive advantage over its competitors. The debut at Le Mans in 1982 yielded a triple victory led by Jacky Ickx and Derek Bell, and Ickx went on to win the Sports Car World Championship.

1986 961 – the only permanent all-wheel drive Porsche to ever start at Le Mans, the 961 was derived from the 959 super sports car. Intended as an intense test for the twin-turbo flat-six engine with water-cooled four-valve cylinder heads, the 961 won its class in the 24 Hour race driven by René Metge and Claude Ballot-Lena, and placed seventh overall.

2007 RS Spyder – true to the tradition of Porsche success in prototype sports car racing, the RS Spyder deployed by the team of Roger Penske won its first race at the end of 2005. Over the following three years, the open-top design won all four championship titles for driver, team, chassis and engine rankings for its class in the American Le Mans Series (ALMS). And the normally aspirated V8 engine enjoyed further renown as the basis for that used in the 918 Spyder Hybrid super sports car.

2010 911 GT3 R Hybrid – the technology of the 911 GT3 R Hybrid was developed specifically for racing and features an electrical front axle drive with electric motors developing 75 kW each. This supplements the familiar 465 PS four-litre, flat-six engine driving the rear wheels. Significantly, instead of the usual batteries of a hybrid road car, the 911 GT3 R used an electrical flywheel power generator - positioned in the cockpit beside the driver – to deliver energy to the electric motors. Proof of concept came in 2011 when Porsche works drivers Richard Lietz (Austria), Marco Holzer (Germany) and Patrick Long (USA) clinched the first victory for the car at round four of the Nürburgring Long Distance Championship (VLN). While almost all other direct opponents had to pit three times to refuel, the 911 GT3 R made only two stops and with this yielded the first racing victory for a Porsche hybrid.

2022 911 RSR - with 19 outright wins and 109 class wins in the Le Mans 24 Hours, the Porsche is the most successful marque at the French endurance race. The company’s record at the renowned event will be celebrated at this year’s Festival of Speed in a number of ways, not least with the demonstration of the winning 911 RSR in the GTE Pro category from the 2022 race earlier this month.

2022 911 GT3 Cup - representing further tiers on the Porsche Motorsport pyramid will be the 911 GT3 Cup race car from the Porsche Carrera Cup GB. This year celebrates 20 years of the single marque racing series in the UK, which supports the British Touring Car Championship. Characterised by a very close relationship to the 911 GT3, the GT3 Cup race car shares its 4.0-litre flat-six engine with the street car. It will be driven at Goodwood by 2022/2023 Porsche Carrera Cup GB Junior, 21-year old Adam Smalley (Lancashire).

Latest Porsche sports cars in action
The Supercar Run is a prime attraction at the Festival of Speed, showcasing the fastest and most exclusive road-going sports cars. The highlight here in the Michelin Supercar Paddock is the new 718 Cayman GT4 RS.

The naturally aspirated 4.0-litre flat-six power unit, familiar from the 911 GT3 Cup racing car and the 911 GT3 series production model, revs as high as 9,000 rpm. Compared to the 718 Cayman GT4, the RS has an extra 80 PS (59 kW), resulting in a weight-to-power ratio of 2.83 kg/PS. Maximum torque has been increased from 430 to 450 Nm. Among the striking features are the engine induction air intakes behind the driver and passenger windows. The 718 Cayman normally has small side windows here. The new air intakes improve both the intake airflow and, at the same time, create an emotive induction sound right next to the occupants' ears.

911 GT3 - the latest in a series of rear-engined, two-door sports cars that brings technology from the race circuit to the street, the 911 GT3 balances the ability for high performance driving on track with the demands of everyday use.

Developed in close collaboration with Porsche Motorsport, the 911 GT3 continues the trend to transfer pure racing technology into a production model. The double wishbone front axle layout and sophisticated aerodynamics with swan neck rear wing and striking diffuser originate from the successful GT race car 911 RSR, and the 510 PS (375 kW) four-litre, six-cylinder ‘boxer’ engine is based on the drivetrain of the 911 GT3 R, tried and tested in endurance racing.

The acoustic high-revving engine is also used practically unchanged in the new 911 GT3 Cup racer. The result is a focused driving machine offering precision and performance – ideal for the circuit and yet with characteristic everyday usability. During final testing, it lapped the Nürburgring-Nordschleife, traditionally the ultimate proving ground for all sports cars developed by Porsche, over 17 seconds quicker than its predecessor.

911 GT2 RS with Performance Kit - the 700 PS 911 GT2 RS celebrated its debut at Goodwood in 2017 as most powerful 911 to date. Now, the engineers at Manthey-Racing and Porsche have together developed a factory-approved Performance Kit that is available at Porsche Centres via the Tequipment programme. This package allows track day enthusiasts to lift the potential of their 911 GT2 RS higher still.

In the process of fine-tuning the chassis and aerodynamics, engineers at Porsche used their know-how from development of the 911 RSR and 911 GT3 R race cars together with the experience of Manthey-Racing gained in numerous successful races on the Nürburgring-Nordschleife. The 911 GT2 RS with Performance Kit is the current lap record holder for road-approved production cars around the 14-mile race circuit. At the same time, the technicians focused on maintaining the car’s suitability for road driving.

In the First Glance category, the new 911 Sport Classic is certain to be a highlight as it makes it first UK public appearance.

911 Sport Classic - defined by its distinctive style, design craftsmanship and technical quality, the 911 Sport Classic features a twin-turbocharged flat-six engine with a manual gearbox, combined with design cues inspired by 911 models from history. These can be spied notably in the ‘ducktail’ rear spoiler.

The powertrain is particularly special: a 3.7-litre, twin-turbocharged flat-six engine transmits its 550 PS (405 kW) to the road via the rear wheels. In combination with the seven-speed manual gearbox, the new 911 Sport Classic is the most powerful manual 911 available today.

Taycan GTS Sport Turismo - since first appearing on the 904 Carrera GTS of 1963, the three letters ‘GTS’ have held special significance at Porsche, appearing on cars with a focus on driver appeal and athletic style.

The Sport Turismo is the third body style of the all-electric Taycan model series and shares its purposeful silhouette and rearward-sloping roofline with the Taycan Cross Turismo. In contrast to its sibling model, the Taycan Sport Turismo foregoes any off-road design elements. It is also available with rear-wheel drive.

The GTS model features the Performance Battery Plus with 93.4 kWh capacity, powering twin electric motors offering up to 440 kW (598 PS) of overboost power when using Launch Control. The sprint from zero to 62 mph can be achieved within 3.7 seconds. The maximum speed is 155 mph where permitted. Like all Taycans, the GTS features an electric drive with 800-volt architecture that supports fast charging, allied to an efficient drivetrain control strategy for a range of up to 312 miles.

The Taycan is also on display in the Electric Avenue area at the Festival.

Whether in action in road or race form on the 1.16 mile Goodwood Hillclimb, sliding sideways around the gravel Forest Rally Stage, sitting serenely on the Cartier Style et Luxe Concours Lawn, or as part of the regular demonstration and displays, Porsche has played a key role in helping put the Festival of Speed on the map over the past quarter century.

In addition to the action on the Hill and the attractions in the Paddocks, the Porsche Stand at the Festival of Speed is also well worth a visit. In addition to the latest range of sports cars, there are further highlights in the form of the Vision Gran Turismo concept and Rennsport eSports gaming experience.

Evolution of a dream experience – our founder, Ferry Porsche, built the sports car of his dreams when he was unable to find it anywhere else. Visitors to the Porsche Stand can immerse themselves in the rich heritage of the company - and in Ferry’s vision - on an inspirational audio-visual journey designed to bring to life the sights and sounds of Porsche through the ages. The all-electric Mission R concept is on display here, making its Goodwood debut.

Porsche Vision Gran Turismo - the ‘Gran Turismo’ game series has featured Porsche sports cars since 2017, most recently the Taycan Turbo S. For the launch of the game’s seventh edition, Porsche has, for the first time, developed a vehicle purely for the virtual world. The full-size concept study is on display on the Porsche Stand. It is the first Porsche concept created specifically for use in a computer game, available exclusively in Gran Turismo 7, for PlayStation 4 and PlayStation 5.

Rennsport – a new eSports gaming experience centre has been designed to offer visitors the opportunity to test their skills on an authentic representation of the Goodwood Hillclimb course, behind the wheel of a simulated Porsche sports car. The Motor Circuit is also represented in the digital realm, and is available to drive for virtual laps.

The first Porsche Club was founded in Germany in 1952 and the network has since grown to cover more than 700 Clubs worldwide encompassing over 240,000 members in 86 countries.

Porsche Classic will be showcasing its support for Porsche sports cars older than 10 years, with a display featuring a 1965 911 2.0 race car and a restored 1996 Boxster. 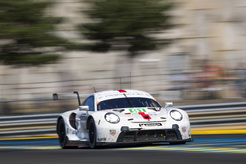 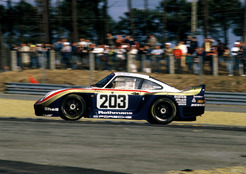 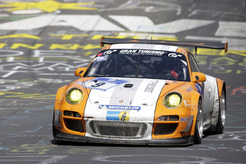 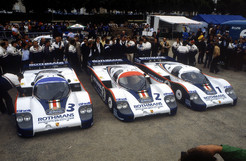 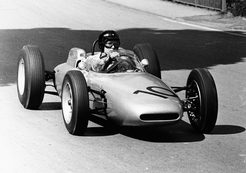 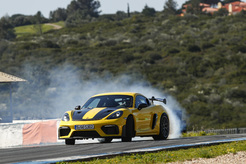 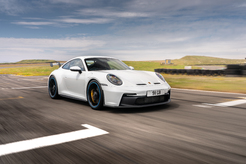 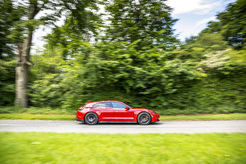