Stuttgart. For Porsche-Junior Sven Müller the start of the Porsche Carrera Cup Deutschland season was a resounding success: Driving for the Konrad Motorsport squad, the 25-year-old German scored a lights-to-flag victory at Oschersleben on Saturday. On the 3.696-kilometre circuit he built a gap to his pursuers of almost six seconds at the wheel of his 460 hp Porsche 911 GT3 Cup, despite a safety car phase. Second and third places went to Porsche-Junior Dennis Olsen (N/Team Lechner Huber Racing) and Nick Foster (AUS/KÜS Team75 Bernhard). “Things couldn’t have gone better. Victory, fastest race lap, and I take up race two tomorrow from pole position. Our good preparation is paying off,” said Müller.

After a cracking start from pole position Müller pulled ahead of the field, but a scuffle broke out behind him in the first lap. Jeffrey Schmidt (CH/Team Lechner Huber Racing) who took up the sprint from second place, was overtaken by Olsen in the first metres, which resulted in the Swiss colliding behind him. Müller remained in the lead, Olsen lay in position two, with Christian Engelhart (D/MRS GT-Racing) turning his laps in third. In lap 14, the German took an unexpected trip into the gravel and lost four positions. Foster, the champion of the Porsche Carrera Cup Australia, grabbed his chance and followed Müller and Olsen over the finish line in third.

For Porsche-Junior Olsen, Oschersleben marked only his third race at the wheel of a GT vehicle. Understandably, the Norwegian was thrilled with his win: “My start was fantastic and I overtook Jeffrey Schmidt. When the field went green again after the safety car phase I tried to keep up with Sven Müller but he was incredibly fast.” Foster, who contests the Carrera Cup season for the team under World Endurance Champion Timo Bernhard, was also very pleased with this third place. “When you start from ninth you don’t expect to finish on the podium. I’m happy to hold this trophy in my hands. I still have to work on a couple of things because all the circuits in Germany are new territory for me as an Australian. But I’m feeling optimistic,” said Foster.

Race two of the Porsche Carrera Cup Deutschland takes off on Sunday at 14.45 hrs. Porsche has expanded the range of live-streaming options: Fans can follow the races on a computer, tablet or Smartphone via porsche.de/carreracup, n-tv.de and sport1.de as well as carrera-cup.de. Moreover, Dner, one of Germany’s most successful YouTube celebrities, has witnessed the race action at Oschersleben. His impressions from behind the scenes of a Porsche race day can be viewed on Sunday by his 2.6 million subscribers on https://www.youtube.com/Dner. 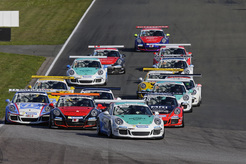 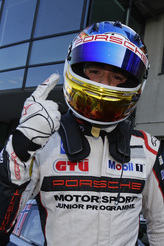 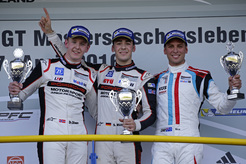 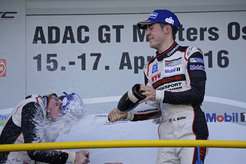 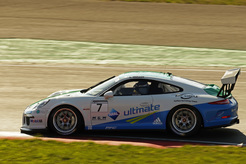 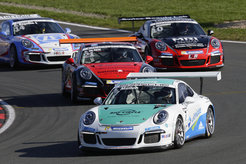 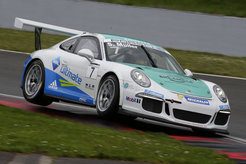 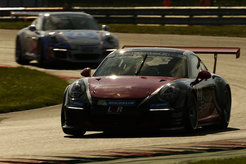 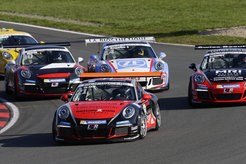 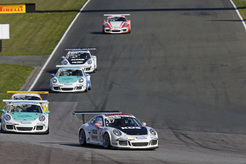 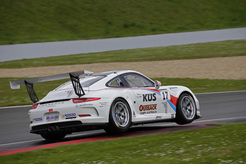 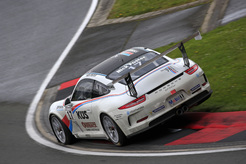 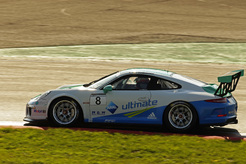 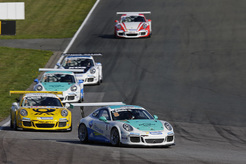 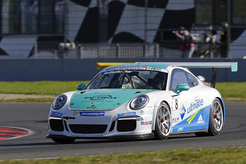 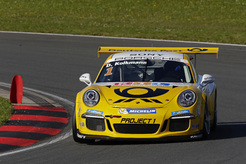 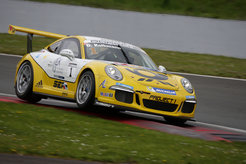 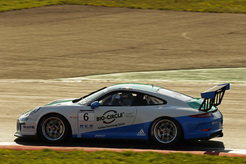 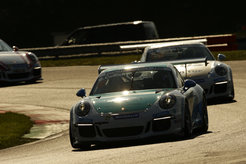 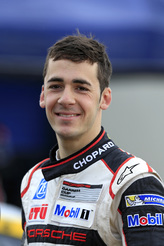 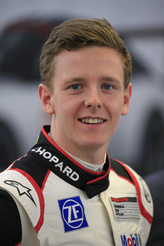 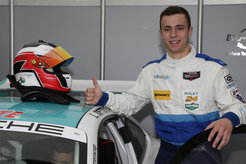 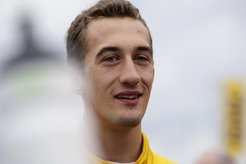 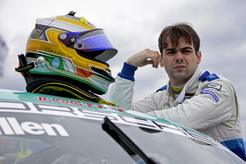 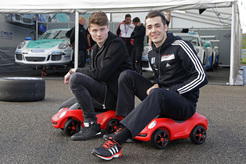