Stuttgart. The Porsche Carrera Cup Deutschland has a new champion: At the penultimate race of the season on the Hockenheimring Baden-Württemberg on Saturday, second place was enough for Norwegian Dennis Olsen to take home the crown early. “I’m incredibly happy! Winning the title was my biggest goal. Now I’ve achieved it with my Konrad Motorsport team,” said Olsen. Victory at round 13 of the national one-make race series went to Germany’s Christian Engelhart (BLACK FALCON). His compatriot Michael Ammermüller (raceunion Huber Racing) took the flag in his 485 hp Porsche 911 GT3 Cup in third.

In sunny weather and with an outside temperature of 20 degrees Celsius, Engelhart took off from the first grid spot. The 30-year-old, however, was not able to defend his pole position. In the sprint to the first corner, the Black Falcon pilot was overtaken by Olsen, who had started from second on the grid. Engelhart stuck close to Olsen’s bumper and the two delivered a spirited duel for the lead spot. In the sixth lap, Engelhart used the 21-year-old’s slipstream to squeeze past. For the rest of the race, the seasoned Porsche specialist gave Olsen no chance to overtake him and crossed the finish line after 14 laps as the winner. “Unfortunately my start wasn’t so great, but to retake the lead was great fun. After that I made sure I didn’t make any more mistakes and brought home a well-deserved victory,” said Engelhart.

The battle for the third podium spot was just as exciting. Starting from third on the grid, Ammermüller initially duelled with Christopher Zöchling (MRS GT-Racing) from Austria. However, the German managed to pull clear of the MRS pilot over the course of the race to celebrate his sixth podium result. “I couldn’t do better than position three. After the start I managed to catch up to Christian Engelhart, but I couldn’t maintain his pace,” said Ammermüller. Zöchling secured fourth place ahead of Zaid Ashkanani (MRS GT-Racing). The driver from Kuwait was classified as the best rookie. Position six went to Henric Skoog (raceunion Huber Racing) from Sweden. Wolfgang Triller (D/Huber Racing by TriSpa) claimed the best result in the amateur classification ahead of Carlos Rivas (L/BLACK FALCON) and Jörn Schmidt-Staade (D/Cito Pretiosa).

For Larry Ten Voorde (Team Deutsche Post by Project 1), a shunt with another vehicle in the first lap put him out of contention. Despite this, the Dutchman had good reason to celebrate: The 21-year-old picked up an early title in the rookie classification. “That’s totally cool. I’m over the moon. My first year in the Porsche Carrera Cup Deutschland was exciting and I’m proud to have gained so much trust from my team,” said Ten Voorde.

Thomas Preining (A/Konrad Motorsport) experienced bad luck in the race. In the first corner, the Porsche Junior was nudged into a spin by Nick Yelloly (GB/Team Deutsche Post by Project 1), who received a drive-through penalty for the contact and thus lost his only chance of winning the title. Although Preining was relegated back down the field, the 19-year-old fought back and, after a series of overtaking manoeuvres, took the flag in eleventh place. “It’s always tight in the first corner and something like this can happen. I was able to make up some positions, and that makes me feel positive for Sunday’s race,” said Preining.

With one race left on the Porsche Carrera Cup Deutschland calendar, Olsen holds an unassailable lead over Yelloly in the overall standings with six victories and 253 points. The 26-year-old from Great Britain has 224 points to his credit. Ammermüller ranks third with 167 points. In the team classification, the best squad is Team Deutsche Post by Project 1 with 380 points.

The final race of the Porsche Carrera Cup Deutschland for the 2017 season starts on Sunday at 9.55 hrs. 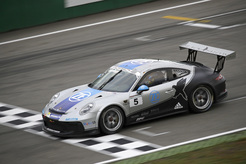 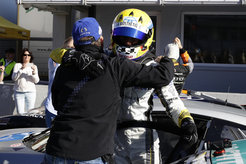 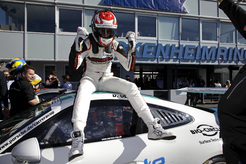 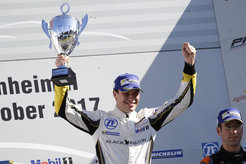 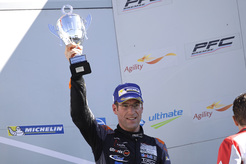 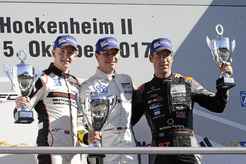 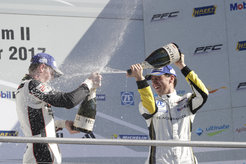 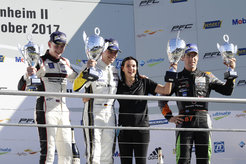 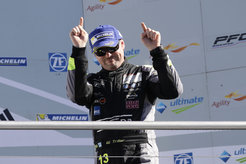 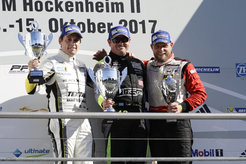 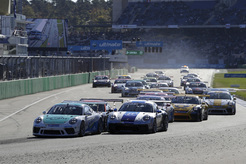 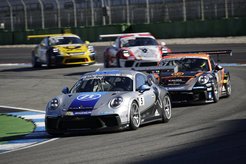 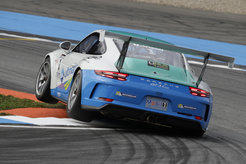 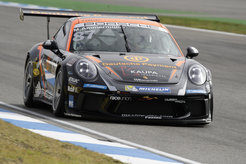 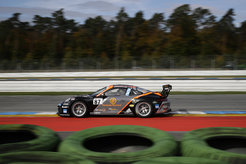 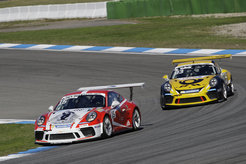 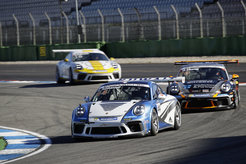 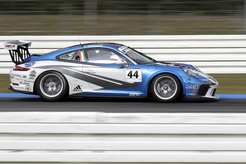 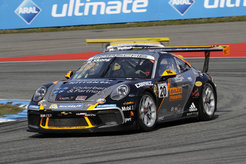 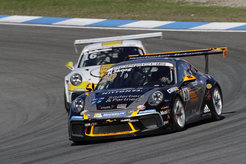 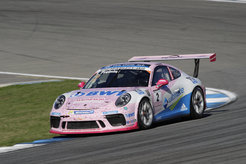 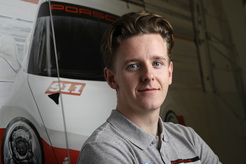 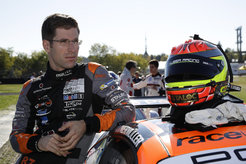 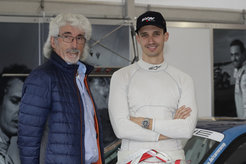 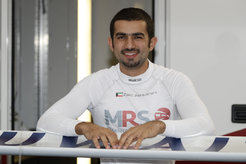 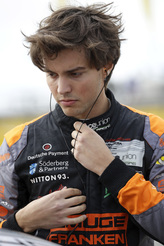 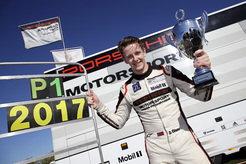